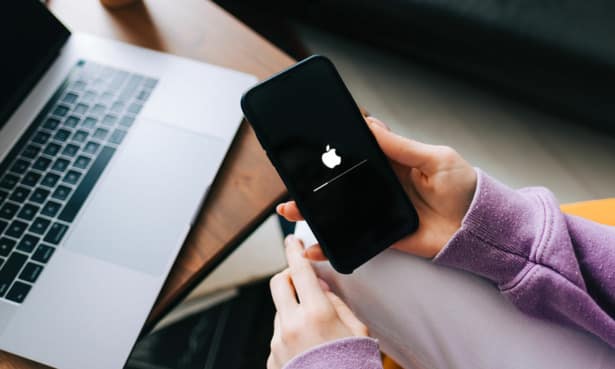 Parents should avoid their children becoming ‘transfixed’ by digital media like iPads and iPhones during the long summer holidays and encourage a ‘talk not tap’ culture when on vacation, a top psychiatrist has said.

She pointed to an article in the Archives of Disease in Childhood, suggesting a child born today will have spent a full year glued to screens by the time they reach the age of seven.

Dr van Zwanenberg, a child and adolescent psychiatrist, spoke ahead of National Unplugging Day (Sunday June 26) when parents are encouraged to turn off digital devices for 24 hours and break free from technology.

She said that some screen time was useful, and enjoyable, in the lives of young people, and in the summer holidays it was inevitable.

But it was often difficult to get children to switch off from FaceTiming friends in order to  engage in family activities or excursions, if they had their iPads and iPhones constantly with them.

“Today’s children are very much preoccupied with the digital world, whether they are chatting to their friends on FaceTime or glued to Instagram, Snapchat or WhatsApp,” she said.

Taken to excess, endless time spent on digital devices contributed to health problems such as obesity – and also left children exposed to the dangers of cyber bullying.

“Children are still trying to establish their identity. Often they have not developed sufficient coping skills to manage their emotions, especially when engaging with social media,” she said.

“And the peer pressure and bullying they receive on social media can be very frightening, relentless and on a global scale.  Any mistakes a teenager makes online, or any exposure to their private actions, might be recorded permanently and shared globally, to devastating effect.

“We also need to remember that teenagers are constantly on their digital devices posting items as a way of seeking “likes” and approval.  They use social media as their main source of affirmation, and often form disastrous conclusions about themselves, or their futures, as a result of criticism or any type of humiliation.”

She said cyber bullying was rife but its consequences were often not anticipated.

“Many young people engaged in what we call cyber bullying do not even realise the impact they are having. Young people who post criticisms only see a computer screen, not their target’s body language or facial expressions. Young people are also very impulsive when they post. For the victim, social media can have a devastating impact, especially if they already have low self-esteem or symptoms of depression or anxiety. Allowing vulnerable teenagers exposure to negative social media, or unmonitored social media use, is something many doctors are concerned about.”

She urged parents to start talking to children at the age of around 7 or 8 about the dangers of social media.

“It should be as commonplace as warning your child about the dangers of cross the road. Set the boundaries of what is acceptable and not acceptable and ensure young people know that intimate personal detail is private.  Young people are often far more receptive to this information than teenagers.

“Often car journeys can be a good time to discuss something with your child as you have their undivided attention (if they put their phones down).  I would talk through stories of young people who have received a very difficult time over social media and not known how to cope with it.”

“I would advise children to: